Mare Do Well was created due to the opposite element energy of Twilight, Applejack, Pinkie Pie, Rarity and Fluttershy when they wanted to teach Rainbow Dash a lesson a few years ago. She came to life when on the day Twilight and the others but didn't have the power she need and lay low for a while. Until the day Twilight became an Alicorn Princess that Mare Do Well also became an Alicorn. After going into hiding inside the everfree forest, Mare Do Well started her training by using her new alicorn magic and realize her goal; to become the ruler of equestria. Until the day comes, Mare Do Well continued to train to be stronger. A few years later after mastering her powers Mare Do Well discovered the legends of the gems from the crystal empire and plans to use them to gain the power to rule Equestria.

One Night at Canterlot, Mare Do Well (Who disguise herself as a cloaked figure) arrived at a a jewelry store, where the owner informs her that the store is closed and will opened tomorrow, but not wanting to wait Mare Do Well use magic to freeze the owner where he stands, then took out the keys and entered the store, where she used their magic to make all the jewelry disappear in front of his eyes.

Yhe next day Mare Do Well plans to head to the canterlot treasury to find one of the gems there. The Next Day after arriving Mare Do Well use her Magic to freeze the guards and head instead. However Twilight and the others arrived to stop her (Although they only see her as the cloak pony) but before they could Mare Do Well us her magic to freeze every pony near her; except for Rainbow Dash and Starlight. As Starlight tried to created a magical barrier to trap Mare Do Well, she use her magic to escape the barrier and 20% of the treasury and disapeared, breaking the freeze spell on Twilight and the others. 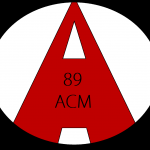 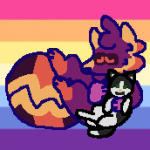