Please do not use this character without permission.

A pony who is very quiet unless spoken to, or has something on his mind he wishes to say. He is very sensitive and can cry easy easily if hurt emotionally. His love for colors and joy makes him want to stay near such things and avoid the polar opposite. He is very lonely by nature and always wants to hang out with someone at night, but does like to be to himself during the day. He is a worry wort and very cautious. He has a hard time understanding social cues and as such, finds it hard to respond correctly in conversations sometimes. He wants to spread happiness and joy his own, but he has a hard time trying to figure out how. His love for Jesus is apparent in a lot of the way he behaves, however he doesn't try to force his belief onto others. His insomnia makes it difficult for him to sleep and thus makes others worry about him.

He is a black furred pony with a brown mane and tail. He wears a blue and green patterned scarf with a yellow cross on one of the green parts of the scarf. His eyes are green and blue hazel. He is your average stallion in the looks, just maybe a little overweight due to the lack of exercise.

He woke up one day in the Everfree Forest with a lot of his memory gone and his emotions stripped away. Confused about being a pony instead... whatever he was, was also not helping. The Cutie Mark Crusaders attempt to help him gain his Cutie Mark, since he doesn't have one. W.I.P.

His faith in Jesus has strange power here and causes him to have supernatural powers equal to that of a unicorn's magic. He can't use it offensively, but he can't use it to help and protect others. This is great for things like shields, healing others, hiding, and sensing evil. Some of these abilities are passive responses to his general surroundings or thoughts, others like healing require prayer in the moment. He can't use this power infinitely, however as it's powered by his spiritual energy. Too much use could make him pass out from fatigue. Everyone has their limits after all.

He is hopes to one day find a girl who likes him for who he is. He doesn't tend to care much about how the girl looks, just so long as they are nice. He knows God will guide him to his true love one day.

He was once a human from Earth.

Most of his memories of his former home are gone.

He has an identity crisis of sorts and has trouble excepting things as they are at the moment when brought up to him.

He is a fast runner, but only when a bee or wasp is behind him. Don't be in the way.

He never had friends before, so the friends he has now, he cherishes them deeply. 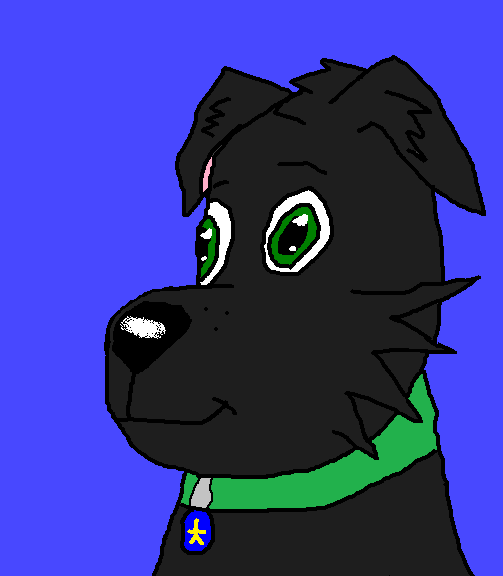